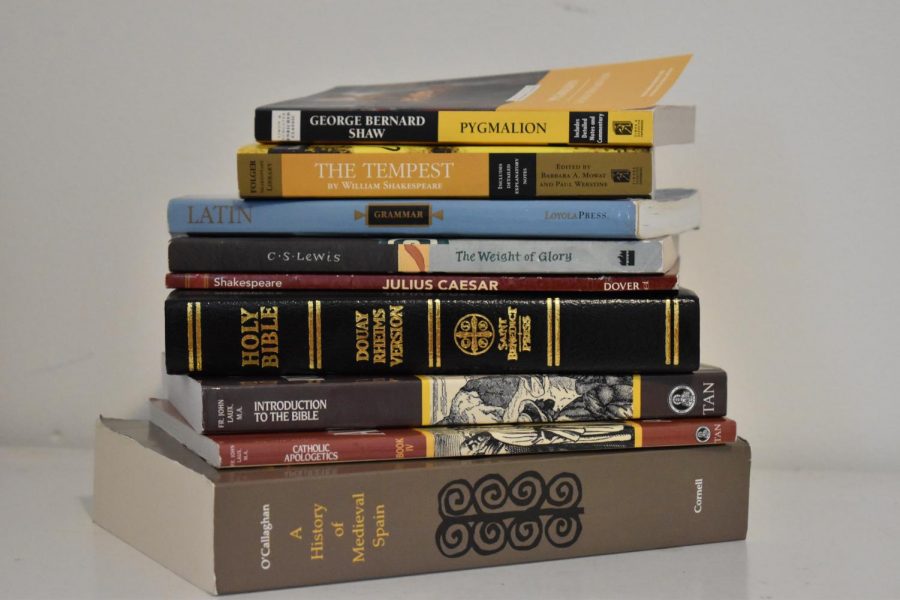 Thinking back on the first time I was confronted about by faith, I realize I was grossly under prepared.

When I was in ninth grade, I went to a twice-a-week Baptist co-op. I got constantly bombarded with questions about being Catholic and people trying to convert me to their beliefs.

I hope this article will help anyone else who has gone through or is going through this.

The first thing when it comes to apologetics is the right mind set.

If you go into apologetics with the idea that you’re going to convert someone, you’re setting yourself up to fail. That was a big mistake I made when I started with apologetics.

I thought that I was untouchable and that I had all the answers. Turns out I didn’t and that caused me to get easily upset and distraught and that is the last thing you want during apologetics.

You also need to be able to argue your point without getting upset or offended.

The second thing to keep in mind is that you need to keep the person your talking to on the same subject. When these people are starting to lose one argument, they switch the topic to another. This strategy really derails the Catholic and puts the other person ahead.

To counter this, make sure you keep them on one subject and don’t let them change it to something unrelated.

I’m not saying that you shouldn’t explore multiple subjects, just keep them on the same subject every time you do apologetics with them.

Before I go on, there is something that I must bring up. Not everyone is suited to apologetics.

You need a thick skin and great patience when doing apologetics.

When I first was confronted, I was totally unprepared for the verbal onslaught that was to come.

If they’re an atheist, you’ll be called a science hating bigot; if they’re Protestant, they might say your going to burn in hell, in my instance, it was the latter.

This cut me deep and set me into an existential crisis, and I was only able to get out of that funk thanks to the supportive people around me, which leads me into the third tip.

The third tip is to always have access to someone older, wiser, and more mature. If I didn’t have someone like that, I probably would still be in that funk.

The fourth thing is that you have the right to say “no”.

You are not obligated to minister to them.

People thrust questions on me all the time and I now have the confidence to say, “No, I’d rather not answer that question.” This is also important if the person your talking to is getting irrational.

When they feel like they’re starting to lose ground, they might start to make personal attacks. This is never OK for either party and one should always stop the conversation.

If things go too far and you start to feel unsafe, get an adult or someone of authority to step in.

The final tip I have for people is that you need to think, “Am I really helping?”

When I was being confronted in ninth grade, I faithfully answered any questions they had, unfortunately, they asked these questions usually during class time and lunch break.

Due to me answering all these questions, I usually didn’t get a full meal and I missed a lot of the lessons.

This ended up causing my grades to fall and made my general time there miserable.

I had to step back and think, “Is all of this really worth it?”

I came to the conclusion that I came first, and I was forced to cut ties with certain people.

You need to pick your battles.

Choose appropriate times to do apologetics and most importantly of all, be patient.

Most of the people you’ll talk to are just curious and want to know about your faith.

Not everyone you’ll talk to will be irrational, but some will. So whoever you talk to, just remember that we all are children of Christ.