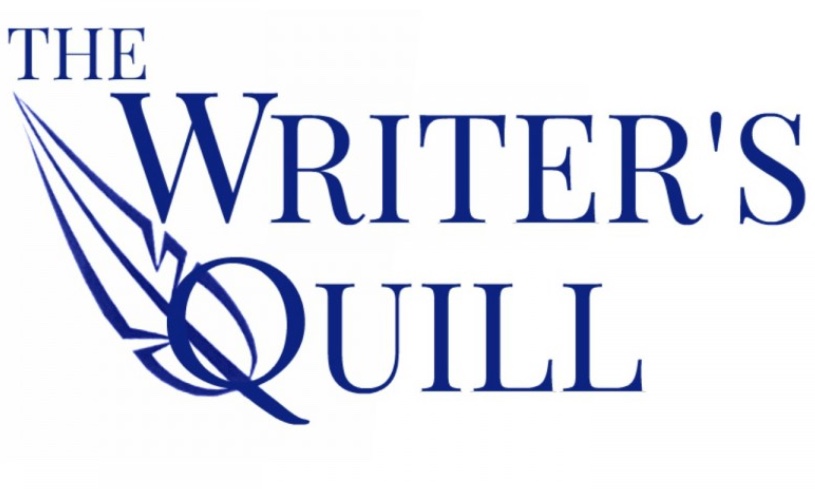 Congratulations to 11th grader Monica Ladner! Thank you to everyone who submitted a story for November’s prompt! Watch later this week for December’s prompt.

Tears poured down her face as she ran, hair a mess, clothes ripped, and blood trickling from the cut on her smudged and dirty face. The moon raced through the blackness above her, shrouded every now and then by the thin shreds of clouds racing across the midnight sky.

I’m not going to make it.

Everyone is gone. I’m the only one left.

I won’t make it out.

The fugitive gasped for breath as she broke free of the crumbling town walls, almost falling in her blind haste.

“Help… help…” she whimpered, although there was no one to hear. No one was left. Everyone else had disappeared hours earlier, as soon as the attack started. Rachel was the only one who hadn’t made it out yet. The enemies had almost caught her, listening to their plans as they laid them out in the marketplace. But she managed to escape. And now, she was running for her life.

The ground shook beneath her feet and flames launched into the night as a deafening explosion sent her sprawling, crushing her arm beneath her. It didn’t help that said arm was already hurt, making her yelp. She twisted to the side, looking back, and felt a smothering heat wave wash against her face. The town was on fire, massive, red-hot flames consuming everything she had ever known. Everything the townspeople had worked for. That town was a sign of their independence. And now it was gone… disappearing before her eyes.

Shouts broke out to her right, and she saw a group of the enemy soldiers about forty yards away, guns in hand and flashlights casting beams of light to the ground, up the trees–in her direction.

Rachel gave an involuntary whimper, and scrambled to her feet. She had to get away. They were bent on destroying everything the town had contained, and everything it had stood for, and they would stop at nothing to accomplish that goal.

The soldiers spotted her immediately–why was she surprised, there was no way they’d miss her–and their leader gave an angry yell, prompting the rest of them to initiate a chase.

Even in her pain Rachel mentally rolled her eyes. What was one girl going to do against them? Why bother when they knew she was no one, and everyone else was gone?

There’s madness in their method, she thought bitterly, gasping for breath as she sprinted for the woods, sixty yards away. Then her brain jerked to attention as she caught what the soldiers were shouting.

Oh great. Now they’re going to shoot me. Well, they’ve already killed all my friends and relatives. I really have nothing to lose. So the girl kept running. Or trying to–she was pretty sure her ankle was sprained.

And then she skidded to a halt as she reached the forest. They were all there. They weren’t dead. All the other townspeople were alive! Rachel shouted a hoarse, panicked greeting, and every head turned her way. But the reaction she got was not the one she was expecting.

Screams came from the group as she stumbled towards them, a jumbled confusion of voices young and old. Were they telling her to stay away? But she’d just found them, she wasn’t going to leave!

Too late she realized it was a trap. Rachel felt someone seize her arm and wrestle her to the ground, and the cold muzzle of a gun nestled behind her ear.

“Why hello, Rachel,” the smug voice purred. It was the enemy leader himself.

“Nice to see you too,” she rasped, all hope gone. “Why have you done this? What does destroying our town do for you?”

“It gives me power. Shows my dominance. But most importantly it destroys this little… oh, concept, shall we say, of what you ignorant peasants call… love.” This last word was hissed in her ear.

“What do you have against love?”

“It doesn’t exist. Only the educated know that. Ignorance is the oil to fuel the world as it burns. I’m just helping it along.”

“Love is real.” The short sentence was barely more than a breath.

The leader jabbed the gun into her neck, making her wince. “What was that?”

“It’s not. You have no way to prove it. That being said, let’s just go ahead and start killing you all, why don’t we? I have better things to be doing,” and the evil man yawned, waving a lazy hand to his men to begin their gruesome task.

Frightened cries arose from the townspeople, who were mostly women and children.

“Line them up! Youngest first,” called the villain, still holding Rachel to the ground.

Everything happened so quickly after that. Wrestling her arm out of the villain’s grasp, the girl ran in between the executioner-soldier and his first victim–a little girl about four years old–just as the gun was fired.

The bullet hit her right in the lungs, and Rachel tried to scream, but all that she managed was a strangled gasp. Black swam before her eyes, and fire shot through her body.

The villain, towering over her suddenly, reached down and grabbed her by the collar.

“Now why would you have done that?” he snarled, jerking her up.

“Because I love that child,” she choked, her face pale in the red light from the fire behind them. “Love makes you do things for others that you wouldn’t do otherwise.” Her eyes started to glaze over, and she coughed weakly. “I read a book one time. The line that stood out to me most was ‘Greater love has no man than this, that he lay down his life for his friends’.” A faint smile came over her face. “You’ve probably never read it. But love is real. And I just proved it.”

Then she was gone, hanging limp from the villain’s grasp for a moment before he opened his hand to let her lifeless body slump to the ground.

And he was defeated.

Because love is real.