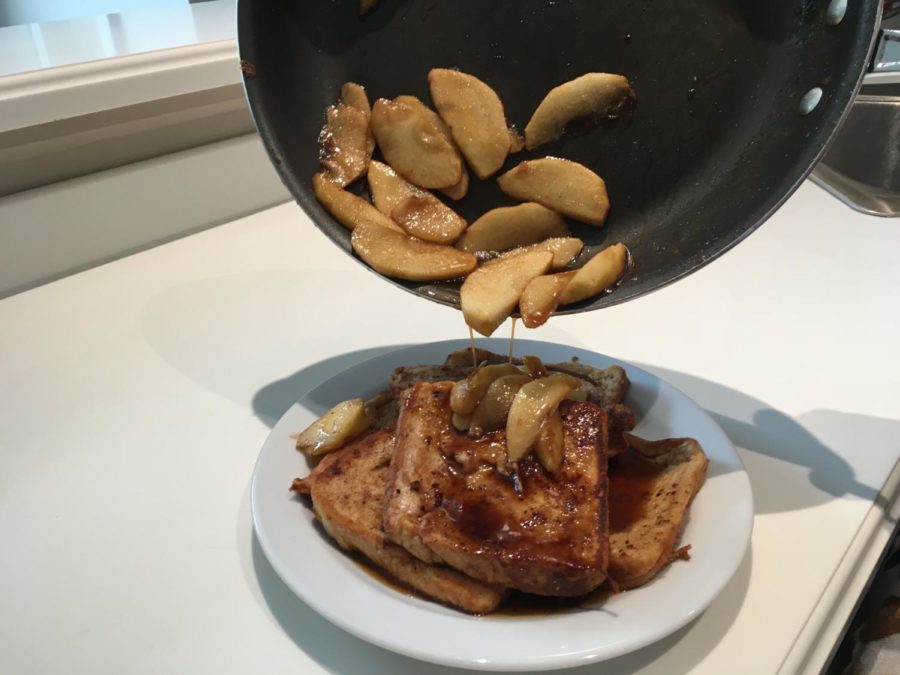 Dear reader, there is some valuable information I must share with you about all French toast that you should know before you attempt to make it.

If that previous sentence sounds slightly foreboding, that was on purpose but utterly misleading. French toast is by no means an exact science and it is nearly impossible to do wrong.

Forgetting an ingredient here or there is rather unimportant and there is no great technique to making a heavenly meal for oneself.

I will include in brackets alternate methods of doing almost everything because sometimes going to the store is not an option.

The Bread:
The first step of making French toast is making the mixture that you’ll eventually dip your bread in.

I’d recommend using a bowl with a flat bottom so you can more easily soak the bread in it. Start by adding the milk, the half-and-half, and the eggs to the bowl.

Beat this mixture until the eggs have been thoroughly mixed and then add the vanilla, Fiori di Sicilia, five dashes of cinnamon, and a pinch of nutmeg. Stir thoroughly.

On a large plate, microwave the slices of bread until they are room temperature if they were previously frozen.

After this, bring the bread, the batter, the butter, and the cinnamon over to the side of your stove for easy and delicious access.

Turn on one burner of your stove to medium-high and place a large frying pan over it. While the pan is heating up, find a second large plate and warm that in your oven at about 170F.

When the pan is beginning to grow hot, put a large cube of butter on it and let it melt all over it.

One by one, soak a piece of bread in the batter until it feels as if it’ll fall apart. Place it on the pan and repeat until the pan is full.

Usually three pieces will comfortably fit on one large frying pan. Dash a little bit of cinnamon on each slice of bread and then flip them with a spatula once the bottom has browned slightly. Dash more cinnamon on the other side after flipping the pieces.

Once the other side has browned, take the plate that is warming in the oven and place each cooked slice on it and place it back in the oven to keep warm.

Repeat the soaking and frying with the remaining pieces of bread. Add additional butter to the pan if it becomes necessary.

The Sauce:
When all of the toast is cooked in the oven warming, it is time to begin with the sauce. The sauce is key as Canada may eventually put a stranglehold on world maple stockpiles so we can no longer rely on it.

To begin, slice a large apple. Then, re-butter your pan and place all of the apple slices into it on medium heat.

When they begin to slowly brown, add in the cider and brown sugar. Slowly stir with your spatula for 8-10 minutes until it evaporates into a thick syrup with apple slices mixed in. 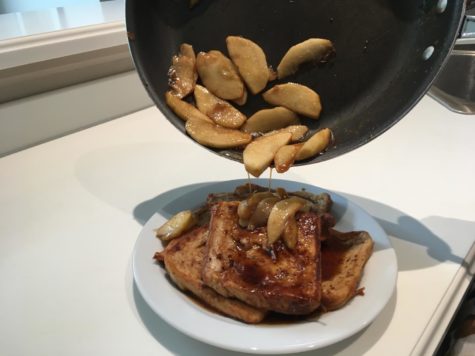 Take the sauce off of the heat and the toast out of the oven. Pour the apples and sauce on to the toast and enjoy! The final step is to find a sibling to clean your mess for you.