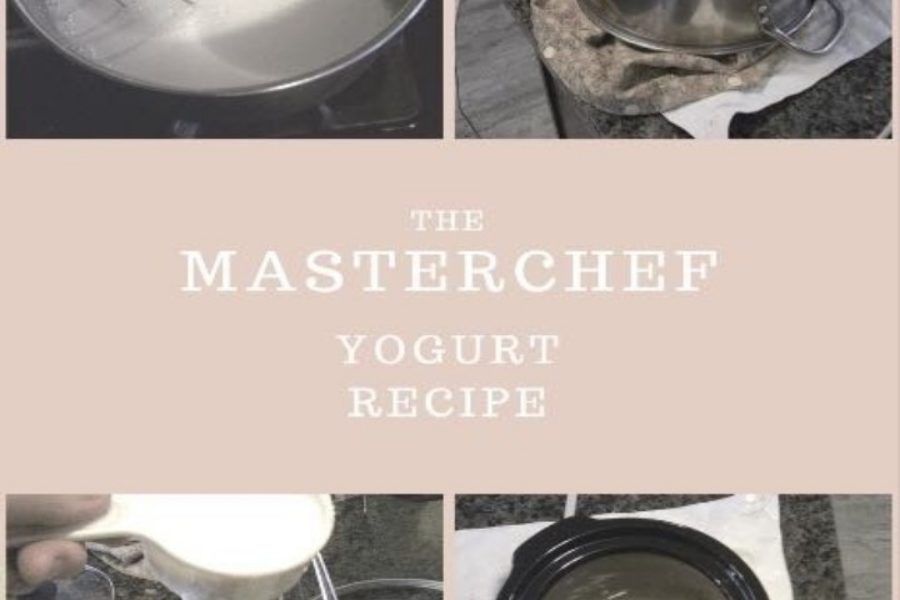 This homemade yogurt recipe has been a favorite in our family for close to a decade. It is adapted from a recipe in the book The Complete Tightwad Gazette, written by Amy Dacyczyn.

3 cups whole milk
1 cup half-and-half
Starter – Roughly ¼ cup of already made plain yogurt (it can be store bought, although if it is, the yogurt must be live culture, or you can use leftover homemade yogurt)

A heating pad (if you have a slow cooker or another source of heat that doesn’t go above 120 F, you can use that instead. Also, since you will be using the heating pad for an extended period of time, you should make sure you have your parents’ permission.)
A candy thermometer

Put the yogurt starter in a ceramic container with a lid. Put it on a heating pad on your kitchen counter, and set it on low. It should be brought to about room temperature. 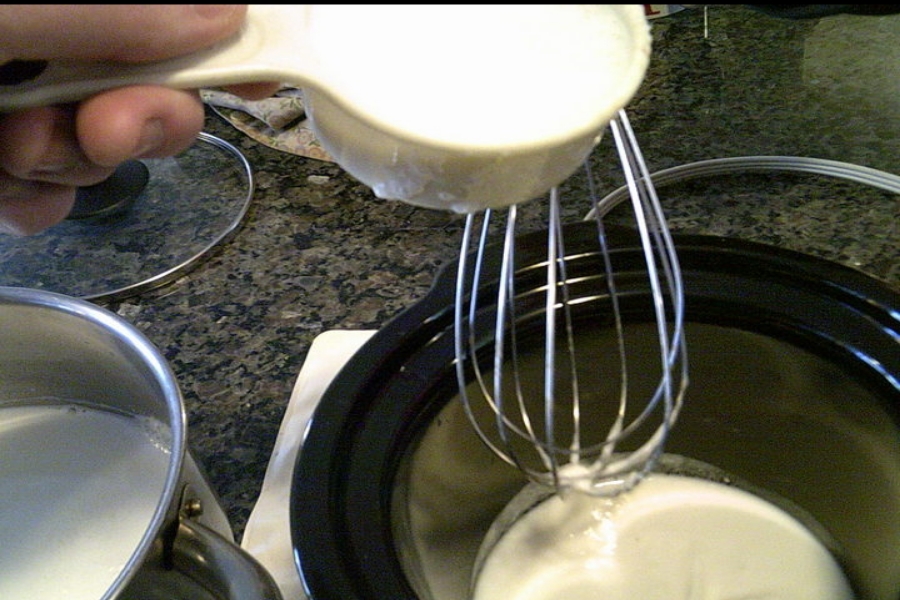 Heat milk and half-and-half in a saucepan on medium until it reaches 180 F, whisking it to prevent burning. Remove it from the burner and let it cool to 120 F. (Since different stoves heat things at different temperatures, the time that will work for one stove might not work for another, but if you time how long it takes to heat up and cool down few times on your stove top, you can switch over to just timing it instead of taking its temperature.) 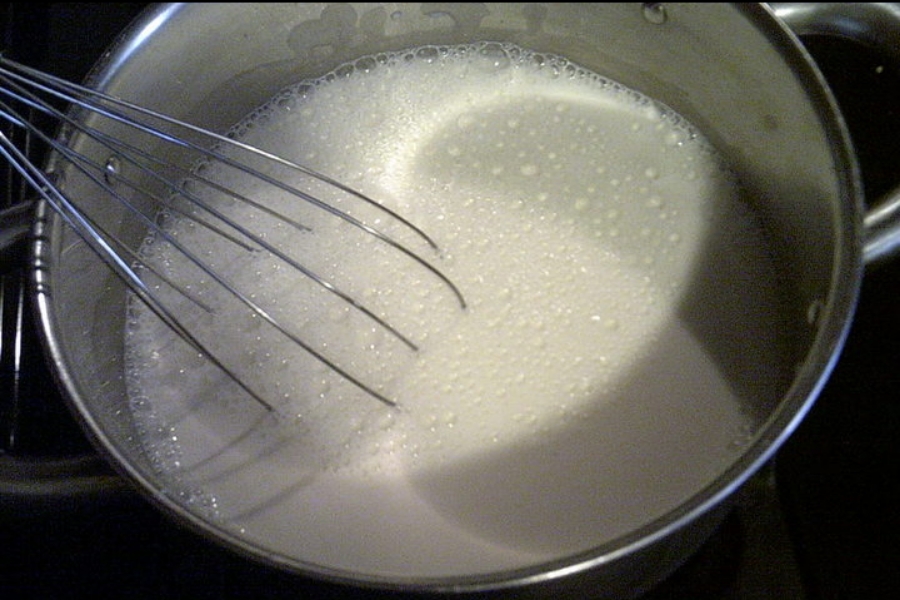 After it has dropped back down to 120 F, add about ½ a cup of the milk and half-and-half mixture to the yogurt starter and whisk it in. Repeat once or twice. Add the rest of the milk and half-and-half mixture and whisk it in as well. Place the lid back on the ceramic container and put a clean cloth or dish towel over it.  Place a stock pot upside down over this. 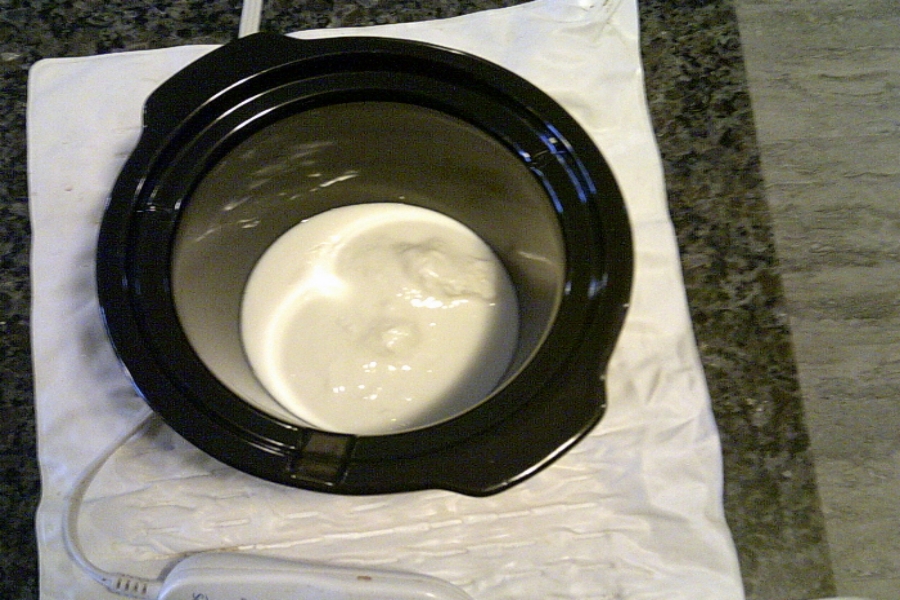 Heat on low on the heating pad for roughly ten hours. If your heating pad has automatic shut-off, you should use a timer to make sure you turn it back on whenever it goes off. 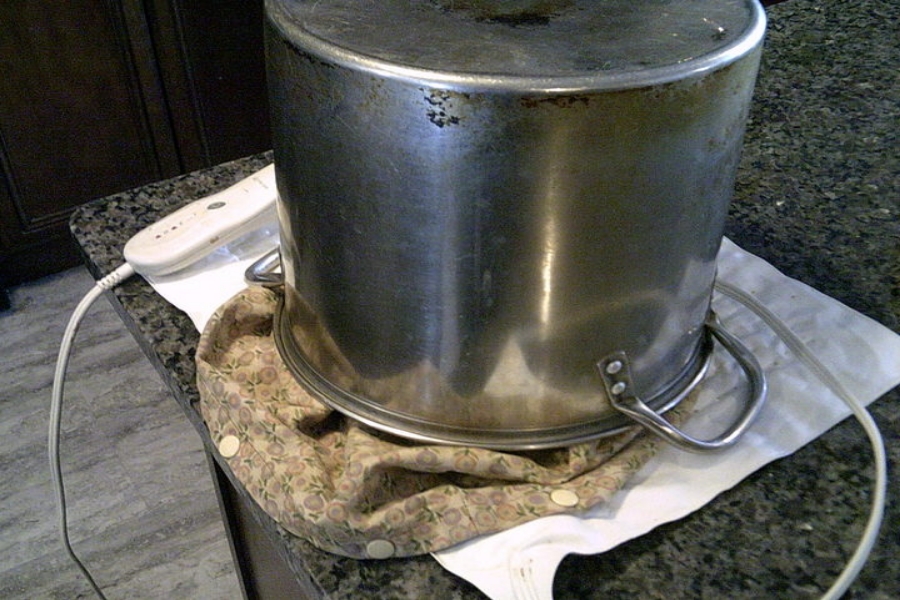 Store your freshly made yogurt in the fridge and enjoy with your family!