Opinion: The Question of Gun Control: Effect School Shootings Have on Students 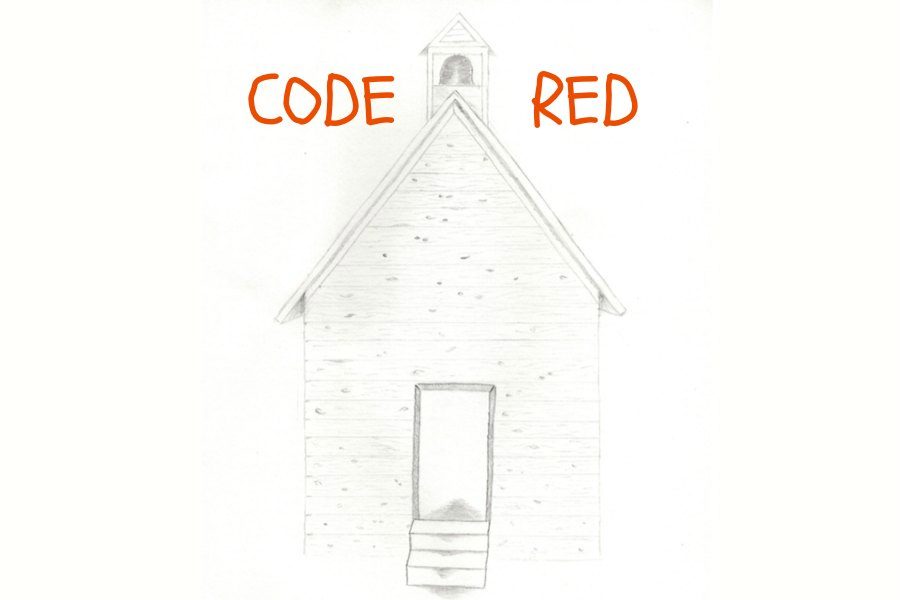 Imagine this: You’re sitting in your classroom under a desk. You’ve been crouched on the cold floor, scrunched into a ball for awhile now. Your back is starting to ache but you don’t want to move. Around you, your classmates sit in similar positions, unmoving, breaths shallow. You feel an itch begin to creep into your nose, but you can’t sneeze. One sneeze, and you and your classmates could end up dead. That is, if this were real.

You just have to pretend it is in case one day you find yourself in a real active shooter situation. Which is entirely possible. So, you sit and practice holding in a sneeze until it’s over and you’re free to sneeze and stretch your legs and, of course, get back to class. That is, if you can still concentrate with the looming fear of a gunman barging into your school and making that drill a reality.

If you’ve taken a beginning Psychology course, you’ve probably heard of Maslow’s Hierarchy of Needs. It’s a fairly simple concept: basic human needs must be met before a person can move to a higher level of functioning. The chart for this concept is normally set up in a pyramid shape, with the necessities, such as physiological needs, at the bottom, and it goes up through safety, love/belonging, esteem, and then tops with self-actualization. According to the concept, someone who hasn’t completed a lower level of the hierarchy will be unable to progress to the next. For example, someone who lacks proper food and nourishment won’t be able to access the full extent of their creativity. If we delve more deeply into this topic, we can see that a child in school cannot progress to new learning if they’re in fear for their safety.

Students who have to learn in an environment where they are constantly in fear that a crazed gunman is going to shoot up their school will not be able to learn well. Their brains, whether consciously or subconsciously, will have immense stress put on them due to the anxieties of being confined in a place notorious for being a shooter’s target. They won’t be able to learn properly when they’re distracted by fear, and their grades will likely suffer because of it. Their mind will see that a basic need, safety, is unfulfilled, and the students will therefore find themselves unable to progress to a higher need, such as learning.

Sure, the hierarchy doesn’t do much more than predict student responses, but it seems to predict them fairly accurately.

Sika L., a 12th grader from Amador Valley High School, says her school does “intruder drills,” which are essentially active shooter drills by another name. They do everything an active shooter drill requires, from hiding to barring doors. Sika said the drills cause her to wonder what it would actually be like if a shooter were to come on campus. “My sister goes to the same school as I do, and I can’t imagine not knowing if she is safe or not, or not being able to protect her. I also think about what I would do if the shooter got into my room,” she said.

While she wants to think her school is safe, Sika believes a shooting is possible anywhere. In her sophomore year, school was canceled due to a bomb threat. The lingering threat of a shooting injects fear into even simple school routines, such as fire drills. “I remember the day after the Parkland shooting, our fire alarm went off and all I could think was ‘what if this is a trap.’” Sika recalled.

When discussing how school shootings affect her concentration, Sika said, “Sometimes I do sit in class and think ‘if someone came in here right now, would my seat be in the line of fire?’” She mentioned that it affects her concentration most of all, because she sometimes finds her mind distracted by questions like “What would I do if a shooter came in here right now?” or “What would I do if I was shot?”

While these questions seem dark and tragic things to think about during class, it’s simply become routine in the life of the American student.