A Hurricane Roundup: A Review on the Continental Hurricane Season: Harvey, Irma, and Maria 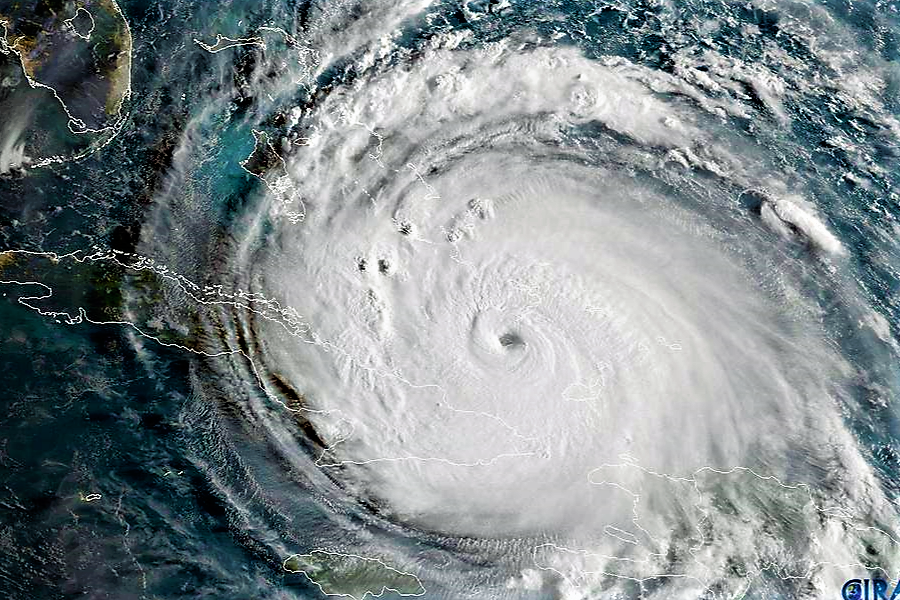 In provinces across America and the Gulf of Mexico, whole cities have been nearly swallowed by water, with still others suffering insurmountable amounts of damage. The aftereffects have been no less devastating.

People all over the world have contributed to the aid of the 2017 Hurricane Season victims and the rebuild of the cities affected, including MODG itself.

The following interviews are with people who have seen firsthand the devastation, which was previously thought incapable of having the effect that it did on their lives and their surrounding communities.

Here, in succession, are the exclusive VOX coverages and interviews from the 2017 Hurricane Season.
Hurricane Harvey 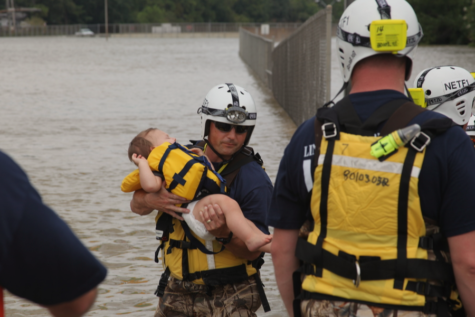 Mrs. Michelle Woods, a MODG mother located in Houston, told VOX Reporter Katherine Sharafinski of Harvey: “So many families are displaced. It is all very sad. I just drove through a hard hit area to help a friend and I was shocked at what I saw. The entire community had the contents of their home dumped in the front yard. Most have no flood insurance.”

The Woods family did not evacuate, but they were spared the terrors Harvey caused for many Houston natives.

MODG’s Morran family of Houston didn’t evacuate as they were on vacation out-of-state.  They waited out the hurricane at the home of their relatives. About eight inches of water ended up collecting in their family’s ranch-style home.

“Fortunately it receded quickly, unlike in some other parts of town…We are so thankful we did not have to evacuate with our family of 10 from a flooded house,” says Mrs. Kristin Morran to Katherine. She told how her friends and community looked after the house and did what they could while the Morrans were away.

“We are thankful that we have flood insurance to help cover some of our losses. The younger children and I are returning to Houston this weekend.”  Mr. Morran and son John  (MODG ’18) have already traveled home to start work on the house.  “Friends from our parish spent countless hours at our home washing clothing and bedding, bleaching Legos that were in the flood waters, and moving our possessions to a storage unit,” Mrs. Morran added.

The unexpected news of devastation in Houston was internationally widespread throughout the media. Millions of dollars have been donated to various disaster relief effort, along with the establishment of multiple disaster recovery centers by the FEMA.  Citizens everywhere joined together to help evacuate, aid, and transfer supplies to the survivors. 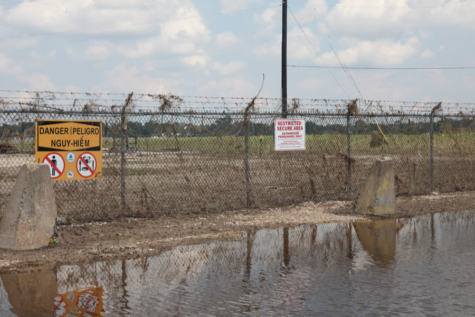 “My city, San Antonio, expected Harvey to hit as a Category 3 Hurricane at the very least.  But the damage was limited to small branches breaking off trees, slippery roads, and minor flooding, accompanied by severe thunderstorms.  Though these storms seemed to shake the houses, it wasn’t anything San Antonio residents haven’t endured before. We were warned not to drive long distances, stock up on water, and be prepared to have our power eventually go out.”

However, stocking up proved more difficult than planned, the Villalobos family wasn’t the only ones with that problem.  “Supermarkets all over Texas quickly ran out of bottled water and non-perishable food. The weather got rainier, the skies grayer.  Lines to fill up on gas extended along local roads and intersections, causing waits of up to two or three hours for gas. Gasoline was running out everywhere, and most businesses, including my workplace at Chick-fil-a, ordered extra supplies of gas in case there was a loss of power.” 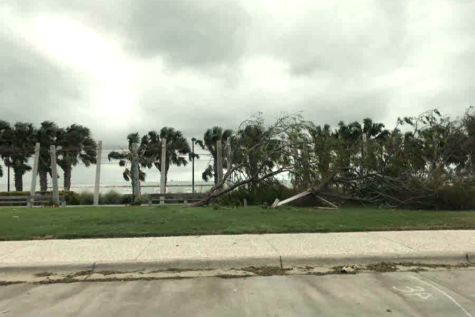 Hurricane Harvey had veered off its expected course, right into Houston, although originally expected to make the heaviest landfall in Corpus Christi.

Teresa Dehan, a Corpus resident, had this to say on the effects of Harvey:

“Luckily, I was not in Corpus Christi a few days before the storm, because all the stores were out of stock on many things, so we were still able to get some necessities, such as non-perishable foods, water, gas for our car, etc. To prepare for the storm,  my family fully charged all our electronic devices, boarded up the windows, and put sandbags by our doors so the water wouldn’t come in our house. We had to get both sand bags and boards from out of town, because Corpus ran out of everything.  And I mean everything.” 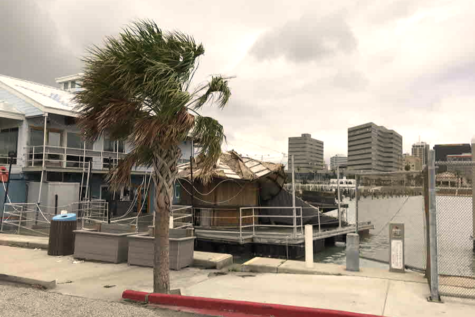 For Corpus Christi, the beginning of the school year was postponed due to the hurricane. “We didn’t get the worst of Harvey,” said Teresa. “Most of Corpus’ residents only had a branch fall off or their fence fall down. However, houses were flooded and most of the Corpus population lost their power for several days. Rockport got the worst of the storm. The school was destroyed, as well as many houses. Some of the Rockport Fulton High School student body is now attending Gregory Portland High School in Gregory, Texas.” 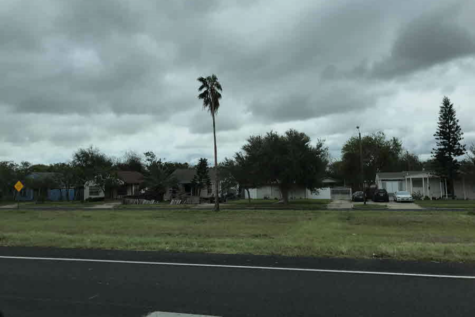 “The best way to help the victims of the storm would be to donate and volunteer to help rebuild the city. However, since administrators from RFHS have said there are more than enough backpacks and other school supplies, it’d be best to donate money to rebuild their school and programs, such as athletics, academics and fine arts – their books, music, scripts and much more are gone because of Harvey.”
Hurricane Irma 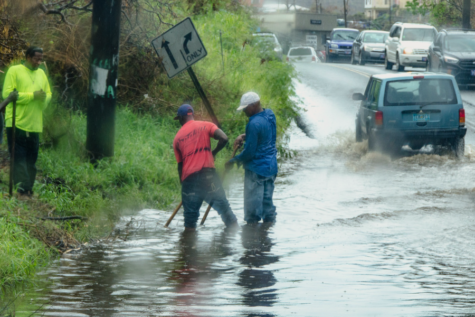 Lisa Bruce, MODG alumni class of 2013, lives with her husband, Jack, in Ave Maria, Florida.  Seven months pregnant at the time of Hurricane Irma, the decision to evacuate was not going to be easy.

“We prepared for the storm stocking up on water and gas, because they go the fastest. We stocked up on food that don’t require cooking or refrigeration (like canned food), filled up as many containers as we could with water while it was still good (Editor’s note: water was expected to become contaminated), and we put up hurricane proof shutters on all the windows of our house.”

“Prepare the house, put all of the things you care about in a high safe place. Always prepare for the worst…because you never know.” 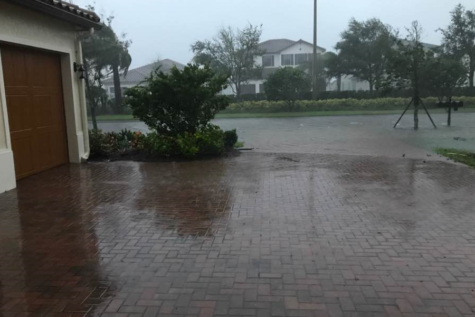 Lisa and Jack evacuated to Tampa as warnings got worse. She further commented,

“Thankfully, in Ave Maria itself it wasn’t that bad, a lot of trees were uprooted and traffic signs all over the place, but besides that no big damages. We got power and water back in five days which is very fortunate. Unfortunately, the poor town near us [Immokalee], got hit really bad and suffered bad flooding and severe damages, many people losing what little things they had. Our town has done a lot to help Immokalee, giving food, water, toiletries, clothes, baby things, just about anything. Ave Maria University provided shelter for many during the storm also.” 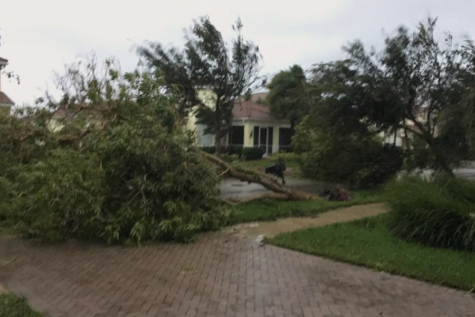 Ave Maria University took, housed and cared for many refugees. Large groups of students took vans full of food and bottled water and distributed supplies to the poor and those without electricity and running water.

When asked how the public can help those affected, Lisa said, “Donate to the right charities, and give everything you can to help. Spread the word!”

Another Ave Maria resident, Chaz Thompson, described his encounter with the storm in an interview with VOX reporter Hope Ascough.

“We prepared for Hurricane Irma by moving all of our outdoor furniture, potted plants, grills, basketball hoops, golf cart, etc. inside of our garage to prevent them from being knocked over by the wind. Then, we put up our hurricane shutters and plywood on every window and sliding door on the first and second floors, using a ladder on the second floor.” 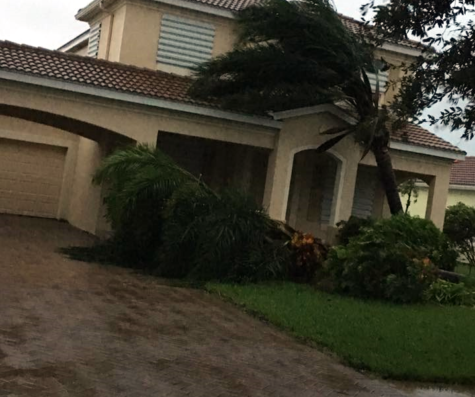 Chaz, a junior at Mother of Divine Grace, evacuated with his family before Irma struck their hometown. “It was not mandatory to evacuate, but my parents weren’t comfortable staying.”

The Thompson family moved back to their old house in New England, where they stayed with another MODG family.  Shortly after their evacuation, the Thompsons received a text saying their power was out and would not be restored until the 22nd of this month. 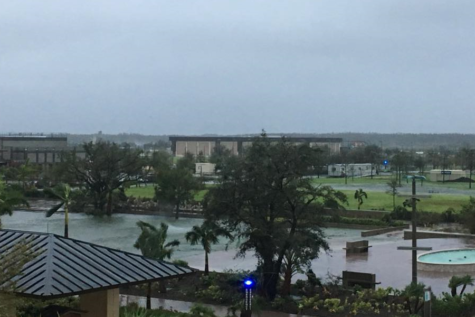 When asked how Irma affected his community, Chaz commented, “Our community is a relatively new community, being only 7 years old, so we have not fully experienced any serious hurricanes.  I used to live in New England, which was affected by several hurricanes (including hurricanes Sandy and Irene). However, one simply can’t compare the devastation of prior hurricanes to that which is to come from Hurricane Irma, as it is the strongest hurricane ever recorded in the Atlantic Ocean.”

Chaz and his family are doing well and hope to return home when their power comes back. “The most impactful and realistic thing someone can do is to donate to a charity, such as the American Red Cross.”
Hurricane Maria 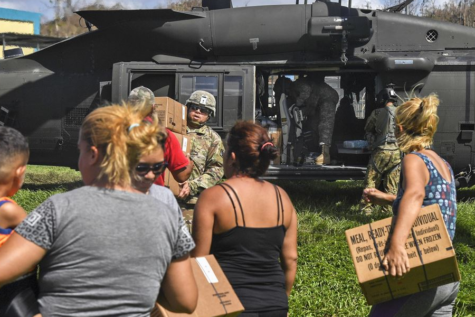 Still so recent, the damage done by Hurricane Maria is still being assessed. Despite its newness, however, this Category 5 storm has been classified as the tenth-most intense Atlantic hurricane on record.  Considered the worst natural disaster in history in Dominica, Maria devastated the majority of the Northeastern Caribbean, such as Puerto Rico and the U.S Virgin Islands.  This makes the countries that were already hit by Hurricane Irma – such as Puerto Rico – doubled in terms of hardships and casualties. Despite the relief efforts being made by the United States as well as the surrounding countries, this unusually active hurricane season has caused so much tragedy and damage. 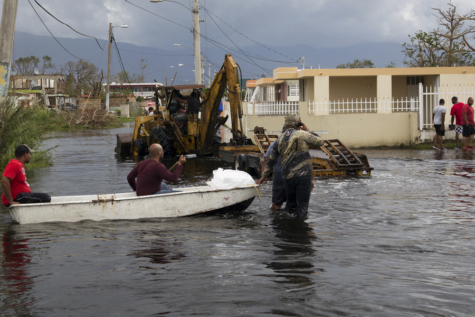 Supplies, including diesel, are running low.  Puerto Rico’s weather monitoring systems have been destroyed by the storm,  and most citizens are without power or clean water.  Those affected are in great need of basic necessities.  Relief services have been banding together to try and aid as many people as possible, but a reported estimate of 40 lives have already been lost.

The Mother of Divine Grace School is fervently praying for all victims of this deadly hurricane.  Keep praying for Texas, Louisiana, Florida, Puerto Rico, the U.S Virgin Islands, and all affected by the 2017 Hurricane season. The media will move on, but the hardship and chaos that these hurricanes generated has yet to end.  May God bless you all!

If you have information, or a story about the 2017 Hurricane Season, please email VOX at [email protected]

To participate in hurricane relief efforts, or to learn more information, visit FEMA.gov.