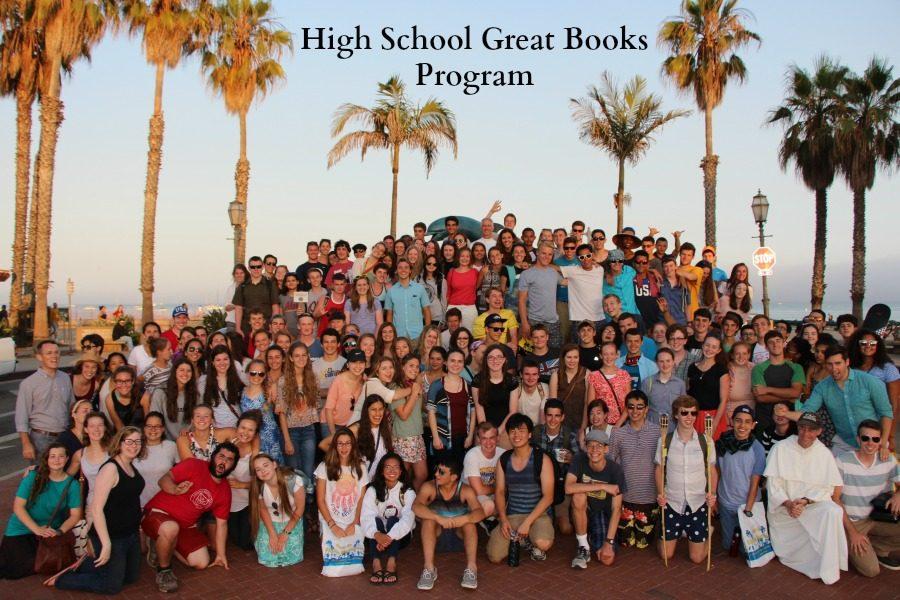 Damian Emrich, currently a senior in Mother of Divine Grace, attended Thomas Aquinas College’s Great Books summer program in the summer of 2016. I emailed Damian a few questions so that we could get a closer insight on the college!

What interests you about Thomas Aquinas College?

Thomas Aquinas College interests me for many reasons, although the main ones are: its growing prestige and academic excellence, reading and discussing the Great Books in an enlightening and engaging method, a strong sense of community and fellowship among a small body of students, a strong Catholic identity, and a beautiful campus in a beautiful area.

Why did you attend the Great Books summer camp?

I attended the Great Books summer program so that I could perceive the college firsthand and meet some of the people involved with it. I wanted to see if it was the right fit for me, and to have some fun while I was at it.

What kinds of activities did you do during the camp? Did you make any trips?

We made trips to Los Angeles, the beach, Ventura, and a hiking trip in the ‘mountains’ near the college. We had daily sports, with my favorites being basketball and volleyball. We had a variety of nightly activities which included, campfires, theology on tap, and stuff in the guys’ dorms.

How would you describe the Socratic method used at TAC?

The Socratic method at TAC is inspired by great minds like Socrates… and taken to a personal level at which everybody in the class participates. The students are guided by the tutor, but the tutor is not the teacher. The greatest minds of history are the teachers, with the tutor being another student.

What was the spiritual life like at the campus during the camp?

There were two daily masses every day, with nightly adoration and rosary. The prayer life was such that it influenced the entire atmosphere of the camp in a positive way, although it was not the type of religious fervor which becomes droll. Rather, it was the type which inspires you to do something better.

What was your favorite part of the camp?

My favorite part of the camp was the trip to Los Angeles for the Getty Museum and the Hollywood Bowl. It was extremely fun, and really cool to see all the art and all sorts of stuff that I had heard about but had never seen.

What aspect of the college stood out to you most from your experience at the summer camp?

The way that the prefects could give a good example while not seeming preachy or stuck up, and while having a good time and making sure that everybody else had a good time.

Lastly, would you recommend this camp to anyone?

I would recommend this camp to everybody I have ever met, anybody who is going to college, and I have already convinced several of my younger friends to try it out.

If you are thinking about going to the Great Books summer program, perhaps Damian’s affirmation is the encouragement you need to do so!