The Tradition of St. Joseph’s Altar 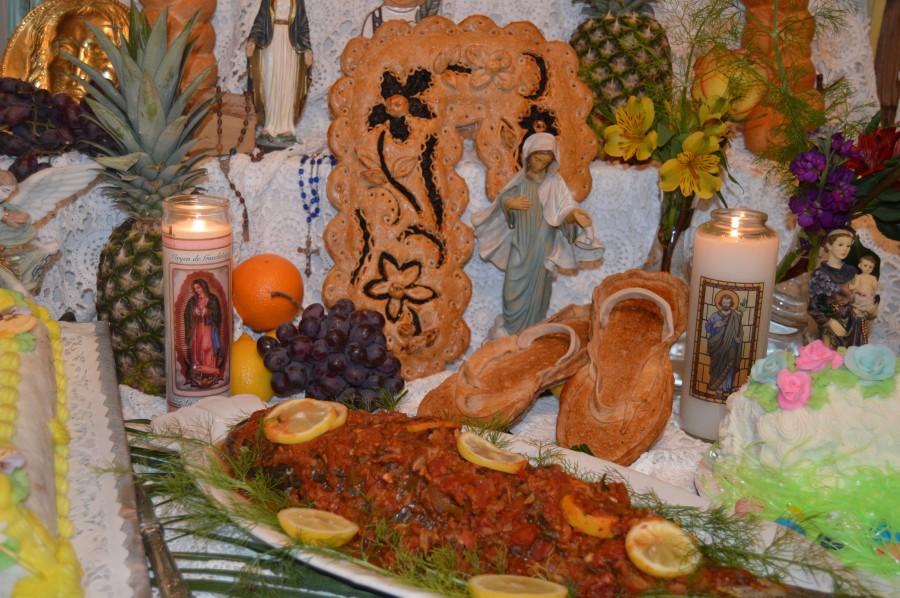 In keeping with tradition, flowers, fish, fruit, vegetables, and wheat products in the form of decorative breads and pastries are placed on the Altar along with statues and candles.

The tradition of the St. Joseph Altar began several centuries ago in Sicily, an island off the southern coast of Italy, when a severe famine caused suffering and starvation.  As St. Joseph is the protector of the family, the farmers turned to him in prayer for intercession.

The famine soon ended. In gratitude, the farmers honored St. Joseph by filling an altar with an abundance of food.  They ate some of the food, and the rest they gave to the poor. The tradition continues today.  St. Joseph is still the patron of peace, a happy home, and charity to the poor throughout the Catholic Church.  His feast day, on March 19th, is observed by other ethnic cultures, although the Sicilian tradition is the most elaborate.