OPINION: The SAT Redesign: What Does That Mean for You? 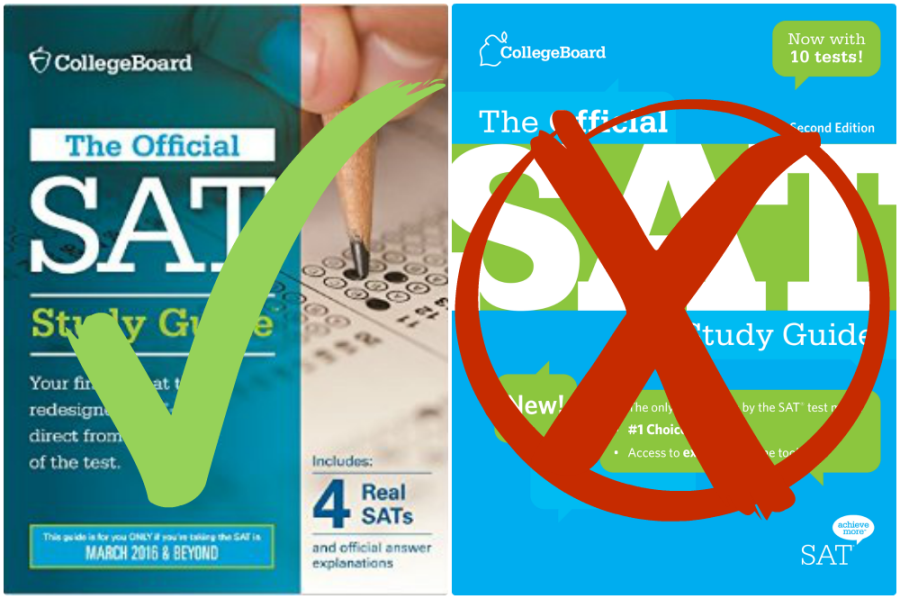 The SAT has undergone a redesign and will first be administered to test-takers on March 4, 2016, introducing a new

scoring system, format and content. College applicants can say goodbye to the current SAT after its last administration in January 2016, and throw away the old Official SAT Study Guide. Out with the old and in with the new, so goes the saying, but what does the new SAT change?

The essay portion of the new SAT will be optional, and instead of being scored in the Writing section, it will be scored separately. The scoring itself will also change, going from a scale of 600-2400 down to 400-1600, still maintaining a 200-800 points system for each section. Further, on the new SAT, there will be no ¼ point penalty for wrong answers. The actual administration of the test will be available not only in print, but also on a computer.

In the new design, the content has also changed. Students no longer need to worry about learning tumescent vocabulary words that’ll discombobulate their minds into a paroxysm of consternation; they are words that many consider a floccinaucinihilipilification in the test. There is no vocabulary testing at all in the Evidence-Based Reading and Writing section, and the vocabulary used in the questions and passages will be less obscure. Further, the trickily worded, “trap” questions will be removed and the focus transitioned to the test-taker’s ability to analyze the text and see the big picture. What the reading and writing section will be introducing is evidence-based problems, hence the name. For example, some questions will have two parts, the first merely asking a question about a passage, but the second asking the test-taker to cite a part of the passage to support the answer given in the previous question. Concerning the passages themselves, test-takers will be analyzing a wide variety of types: literature and literary non-fiction, science, history and social studies. In addition, College Board says, “Students will be asked to analyze both text and data in real world contexts, including identifying and correcting inconsistencies between the two.”

The math section has a new form that some students will warmly welcome and others will not.  Students who truly are good math students in their classes are more likely to do better on the new SAT than the current one, for the logic-deciphering/find-the-pattern technique of the old SAT math problems will be no more, replaced by more direct mathematical equations. The math problems will be more focused on three areas that College Board calls “ problem solving and data analysis, heart of algebra, and  passport to advanced mathematics.” Advanced mathematics is the largest change, as it will include  trigonometry, imaginary numbers,  challenging algebra, and coordinate geometry, none of which were on the old SAT. During the taking of the old SAT, the administrator would  announce that all problems could  be solved without a calculator, but that will no longer be the case. Thus, the creators of the redesigned test have established some math sections with calculator usage, and some without.

Analysis, logical thinking, and supportive arguments are a large theme in the redesigned SAT’s verbal sections, and it’s no different for the essay. The essay format will now give test takers 50 minutes to read, analyze and assess a 650-750 word persuasive essay in terms of its persuasiveness and logic. The assessment papers the test-takers write will be graded on coherence in writing, strength of their evidence analysis, and the construction of their arguments. While this section is entirely optional, many colleges will still be requiring it. All test-takers should check to see if the colleges to which they’re looking to apply require the essay before choosing whether or not to take that testing section.

The SAT has been definitely  redesigned, making many significant changes since the last time it underwent a

redesign in 2005. The College Board officials chose to bring about this redesign with the hopes that the new SAT would better demonstrate the aptitude of students by testing them on skills more relevant to what was learned in high-school and is needed in college. According to College Board, preparation for the test is best accomplished through working hard in mastering school subjects (the more challenging the better) in students’ regular education. Nevertheless, while a student may master a subject, testing techniques and strategies are crucial to obtaining excellence on the time-constricting SAT. This was recognized by College Board, and they teamed up with Khan Academy to create practice tests, currently available in their new study guide for the redesigned SAT.

There are downsides, though; this is a new test with new practice materials and new strategies.While there is a new study guide book, there is a lack of practice materials, especially long established ones, as is available for the soon-to-be old SAT. Likewise, there won’t be vast resources of tried-and-true strategy methods developed by students and teachers. This lack of trial-and-error experience from which to learn could make preparation for the new SAT difficult for students. Further, the results from the administrations of the new test at the beginning will be used to evaluate  how students are doing in certain areas of the test, and kinks will be discovered for College Board officials to subsequently alter and adjust until it becomes well established and brought to the new design’s full potential. The new student test-takers will be guinea pigs.

The changes in the SAT have caused some people to liken the redesigned SAT to the ACT, which has risen significantly in popularity over the years. In 2012, almost 2,000 more students took the ACT than the SAT, out of the 1.65 million total test-takers, and it has remained a large competitor ever since. It is true that in some areas the redesigned SAT has taken on many ACT qualities, such as 4 answer choices (instead of the SAT’s current 5), no ¼ point deduction penalty, no stand-alone writing section, more challenging math, and more direct questions. This is not to say the SAT is trying to  become the ACT, but rather that the SAT officials recognized where the ACT was excelling and where the SAT was falling short, so they adapted. However, there are still differences between the two. On the SAT, everyday math formulas are provided, whereas they are not on the ACT, and the SAT is not as trig heavy as the ACT, maintaining a strong focus on algebra and coordinate geometry. In addition, their styles of testing, scoring system, strategies, and the length of their testing sections are different.

Is ACT a better option? It’s already well established, not having undergone any recent major revisions, and therefore has more practice resources, materials and strategies. Furthermore, some people find the new SAT, based on the practice tests, to be more challenging than the ACT. However, that’s not necessarily true for everyone. Additionally, while studying for the new SAT will be different than studying for the soon-to-be old SAT, it is not necessarily easier or harder than the old SAT. It is different.  It truly depends on the type of student and the type of test-taker you are. Just as with the old SAT, the best way to decide whether you should take the SAT or the ACT is to look into and take multiple practice tests for both.

Are you planning to take the new SAT? What do you think of these changes?