The Way of St. James

MODG Junior Claudia Dickson Visits Part of the The Way of St. James 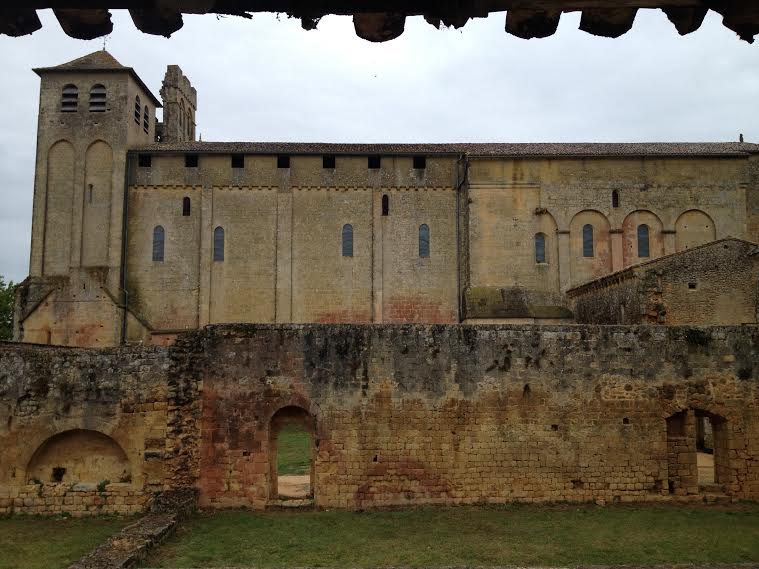 MODG junior Claudia Dickson and her family found themselves exploring part of a famous trail called “Camino de Santiago,” known in English as “The Way of St. James,” while vacationing in France.

The Way is actually a full network of trails spread out over Europe, all leading to a huge shrine and cathedral in Santiago de Compostela, Spain, where St. James is buried. These roads have existed since the 9th century, and have been walked by countless travelers on a pilgrimage to the shrine.

Claudia explained, via email,  how she and her family found their way to one of these trails: “My family and I were staying in the area on summer vacation and, as we all love to walk, we actually discovered this part of The Way by chance. We wanted to visit the Abbey of Cadouin which was founded in 1115 A.D.”

The Abbey, though now run-down, was one of many places in which pilgrims would spend the night on their journey to the shrine of St. James.
“Although I had heard of The Way before, I had never realized what it would be like for a pilgrim living that long ago to travel so far.”
Claudia says, “Seeing some of the places in which they would shelter and eat made the journey these people made so much more real to me.”

VOX  asked Claudia what she saw on the trail. “The part of The Way we were on was small, and yet it was still very well marked,” she answered. “It had posts marking turns in the path. These signs were sometimes metal and resembled the famous walking sticks with shells attached to the top that pilgrims used to carry. Other signs were just posts with the picture of a yellow shell on [a] blue background. There were also many signs which told us where specific things happened … ‘A Saint went to get water from this spring,’ for example … [and] signs telling about local plants. I especially liked the one which diagrammed a stinging nettle. They are all over France, and if you ever get stung you can rub on your skin any [of] three different types of grass and the juice they make will help with the sting!”

Claudia says that nature is a big part of The Way, “…There was a multitude of wildlife surrounding us at all times. We saw many local birds, some small deer, and even a tiny hedgehog. We passed through fields of newly bailed hay, into forests of curling ferns, and over old stone bridges which crossed the many rocky streams. The peaceful environment made walking The Way a truly spiritual experience.”

Around 180,000 people walk the trails of Camino de Santiago every year, starting from many different places in Europe but all ending up at the tomb of St. James in Spain. The Way is a religious journey that connects people from all cultures in the same faith that drew the original pilgrims almost 1,200 years ago.

If you want to see the full scope of the Camino de Santiago, click here to view maps of some of the different trails.

If you’ve ever been on “The Way,” send us a picture at [email protected]!