Get a behind-the-scenes look at the making of Church candles, just in time for Candlemas on February 2! 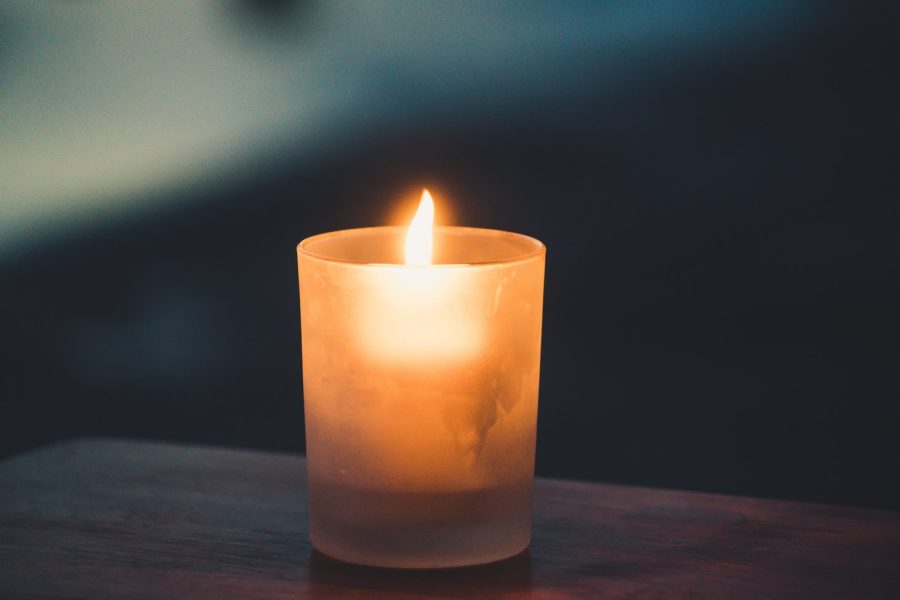 Free to use under the Unsplash License. https://unsplash.com/license

Perhaps the most ubiquitous element of the Catholic Mass, and one often overlooked, is the candles. Everywhere one looks in a Church, they are there, ever-present bulbs of warmth flickering softly in the background like stars at night. But candles have deeper stories and symbolism than we might consider. John Steigerwald IV, Marketing Director for Cathedral Candle Company in Syracuse, NY, sheds some welcome light on the subject.

How long have you been involved in your family business?
Personally, I grew up around the business, but full time I’ve been working here at the factory for about  seven years now. And our company itself is almost 125 years old; my great-great-grandfather Jacob Steigerwald. . .was a candlemaker in Germany, and came to the U.S., to Syracuse, New York, to work as a candlemaker here for another candle company, and after a few years he started his own company, Cathedral Candle Company, in 1897. When he started that, he decided to focus exclusively on liturgical candles, and that’s still true for us today. We only make candles for the liturgical market.

How many Churches do you supply candles for?
That’s a good question. We don’t have an exact number, because we sell our candles through distributors. . .and they in turn sell them to the end-users, the churches around the country.

How long does it take to make all of those?
Well, we make candles year-round. So, the busiest times of year tend to be the months leading up to Easter, whatever date that might fall on, but we’re busy year-round.

Do you make the Paschal candles as well?
Yep! We make any kind of candle that you would find in a Church, so anything from the large decorative Paschal candles—and those are very much handmade and labor-intensive, and there’s a lot of craftsmanship that goes into them—but we also make anything from those small tea lights or the larger devotional candles that you would see in a church, and those tend to be used year-round, whereas some of the other candles are used specifically for a holiday like Easter or Advent or Christmas.

Do the individual parishes bless the candles, or do you get them all blessed as they’re made?
We do not bless the candles here at the factory. Traditionally, blessed items are not sold. In 1897, when we started out, [it was common practice] for all the candles that were to be used in the coming year to be blessed on Candlemas Day in February. So, at that time, our busiest time of year was the months leading up to Candlemas Day on February 2nd, because the Church would bring them all in, get them blessed, and then use them the following year. That is not very common anymore. It’s hard for a lot of Churches to be able to order a lot of candles all at once, so now instead we’re shipping out candles year-round as Churches need them.

I didn’t know about that Candlemas thing. That’s interesting.
Yeah! Yeah, it’s our favorite day on the Catholic calendar, as a candle-maker [laughs].

Some of my peers wanted to know if they’re scented at all, or if they just smell the way they smell.
We don’t add any fragrance to our candles. Some of them do have—a lot of the candles we make are made from beeswax, so there might be a light aroma of beeswax to the candles, but we do also make ones with incense, and as such has a lot of fragrance to it, and is used in masses as well.

You said some of the candles are made of beeswax. Is there another primary material that you use? I’ve only ever heard of beeswax candles.
Yup. It depends on the type of candle we’re making. For an altar candle, for example, we make 51% and 100% beeswax altar candles, but other candles like devotional candles are made of different types of wax, like a paraffin wax, for example.

Does the amount of beeswax in a candle depend on how important a given candle is in the liturgy?
Yeah, in a way, that’s correct. There are traditions for certain types of candles, that they be made of beeswax, like, for example, the altar candles, or the Paschal candle. Other candles used in a church, like the devotional candles, where you might see a rack of candles burning, or candles used at a candlelit service, vigil or mass, those do not necessarily need to be made of beeswax.

I didn’t know that either, that’s really interesting.
Yeah. Beeswax in itself is just a very, generally speaking, high quality wax to be using, so it makes a very good candle for something like an altar candle, but in a church there’s also the symbolism of beeswax too, which adds a lot to enhance the meaning of the candle. Beeswax is made from virgin bees, and so that symbolizes the purity of Christ. And when you see a candle burning down in a Church, it’s a symbol of the sacrifice that Christ made to illuminate the world.

I’ve never heard of that before.
Yeah, obviously, candles have not been needed in a Church for many years now, since the invention of electricity, so they are used for their symbolic purpose now. . .and with the Catholic Church in particular, there are certain requirements for candles to be used for a mass.

What are those requirements?
Are you familiar with the Roman Missal? It specifies which candles should be used for which occasions. For a regular mass, for example, you should have altar candles; the sanctuary candle is burned alongside the tabernacle to symbolize the presence of Christ inside the tabernacle, where the hosts are. The Paschal candle is prescribed to be used during the Easter Vigil, when a new Paschal candle is brought out to the church, and there are specific instructions as to how the Paschal candle should be handled, and what should be said along with that during the Easter Vigil mass. So, there are some candles that, at least in the Catholic Church, should be used for a proper Catholic mass, and then other candles are used by tradition, like the devotional candles you find in a Church.

Everything in the church has some sort of deeper symbolism. I’m surprised that the symbolism of candles isn’t more well-known.
Yeah, well now next time you go to Mass, you can appreciate a little more the meaning of the candles there, and everything inside the Church.

Why do you think those traditions are important to uphold?
Well, at least within the Catholic Church, it’s a long-standing tradition that shows the continuity of the Church from the time of Christ. Candles have been used for thousands of years, and in addition to that, they’re also symbols that illustrate some of the reasons why we believe the things that we do. Like I was mentioning, the candles being a symbol, altar candles, for example, being a symbol of the sacrifice that Christ made to light the world. And by no means are they the focal point of the Mass, but it really helps to enhance the liturgy, and illustrates some of the things that we believe in a beautiful way.

I think the presence of candles is one of the most integral things about the Mass which we don’t pay attention to. It just wouldn’t be the same if there weren’t candles.
Absolutely, and that’s something that makes the Roman Catholic Mass, I think, special compared to other denominations…you have that beautiful symbolism that really ties the whole Catholic world together, in a way. Wherever you would go, you would find some of the same things, one of those being candles.

Do you know why the altar servers traditionally carry candles?
They lead the procession into the church, up to the altar, so it would make sense, leading the procession, to have the candles with them.

How has the candle-making process changed as technology advances?
Some things are different, but some things have changed very little. We have some very high-tech machinery that makes some of the larger volumes of candles, like the tea light candles, or devotional candles, and that tends to be very high-tech and automated. But some of the more specialty items are made the exact same way as they were over 100 years ago, when we got into business. For example, dipping the candle. . .that is one way we make some of our candles. Where you take the wick, dip it in a vat of hot wax, and you just keep repeating until the diameter of the wax builds up to what you’re looking for, and some of the candles we still make that way, and it’s technology that hasn’t really changed that much in a few hundred years.