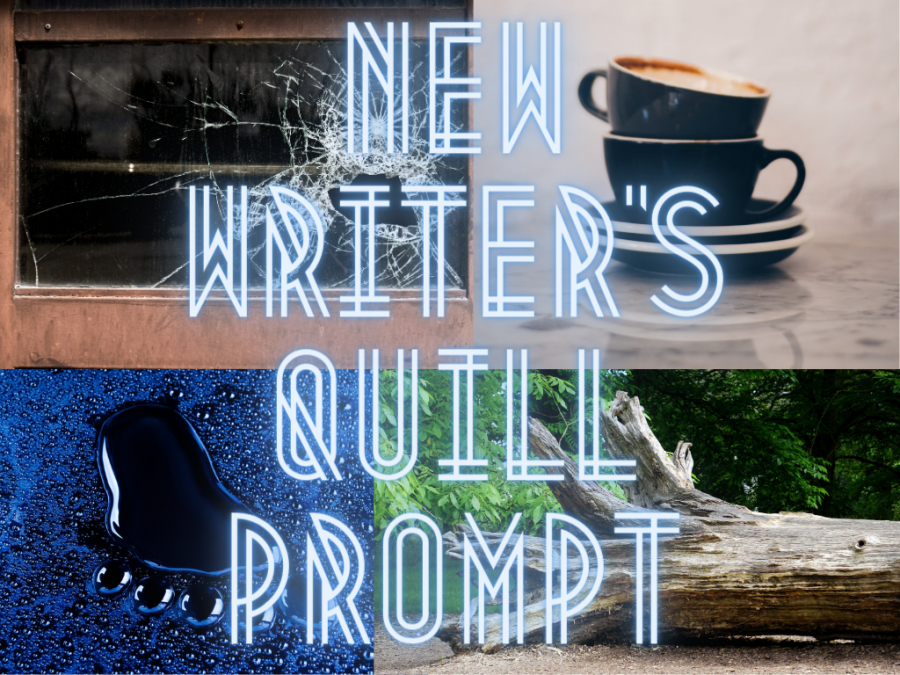 Welcome back to the Writer’s Quill! I am happy to announce that we have a winner for the February contest! Congratulations to Olivia Henderson! Check out her story below.

The Spector
by Olivia Henderson

The windswept trees bowed and bent as the sun began to dip under the horizon. Birds quietly called their young back to their warm nests, squirrels scurried back to their burrows with their nuts. All the animals were safe when it happened. The moon peeked out from behind the clouds and looked upon the land that it bathed in its soft light. Each animal, each blade of grass, each shadow. And tonight, there was something different. Something new. A large shadow detached itself from the tree and padded quietly through the trees. Birds drew away from the edge of their nests, foxes retreated deeper into their hollows. The shadow passed the dens and nests alike, leaving footprints too large to be human.

This specter had long haunted this part of the woods, coming and going without a trace. The moon seemed to give it energy and the sun seemed to banish it to where it had come. Like every night, a sudden crash filled the air followed by a sudden cry, then silence. The shadow disappeared as the sun began to rise from it’s sleep and crown the woods again with its morning.

As the light spread out over the land, two figures darted out from the trees. One with liquid sunlight streamed from her head and the other with a crown of night.

“Do you think he came again tonight?” The girl clutched something to her chest, her eyes darting around to the quiet trees. The boy pointed to a tell-tale sign not far from where they stood.

“Look! Just the same as last night.” The footprint was in the same place as the night before, a stone’s throw away from the big mossy log. The children had spent many a day playing around the log and they knew the place around it well.

“Did he leave anything else?” The girl queried. She looked down at what she held in her hands. Two halves of a shattered tea cup.

“Let’s find out.” The boy set off in the direction that the footsteps were leading. They led to a part of the woods that the children did not know. A place that was dark and eerie. Broken glass and trash littered the ground.

“John, are you sure we should be going this far from home?” The girl looked around with fright as an unfamiliar bird let out a screech.

“Just a little longer,” pleaded the boy. “Look! What’s there?” Both children peered through the trees and could just make out the outline of an abandoned house. A broken window and a door barely on its hinges.

The girl took a step forward, straining her eyes to see what was in the small house. For the barest second, a dark face appeared in the window, cloudy eyes stared at her from the depths of the darkness. A shudder ran up her spine and she stumbled back, grabbing her brother and running toward the safety of home. No curiosity would ever compel her to go back to that dark place.