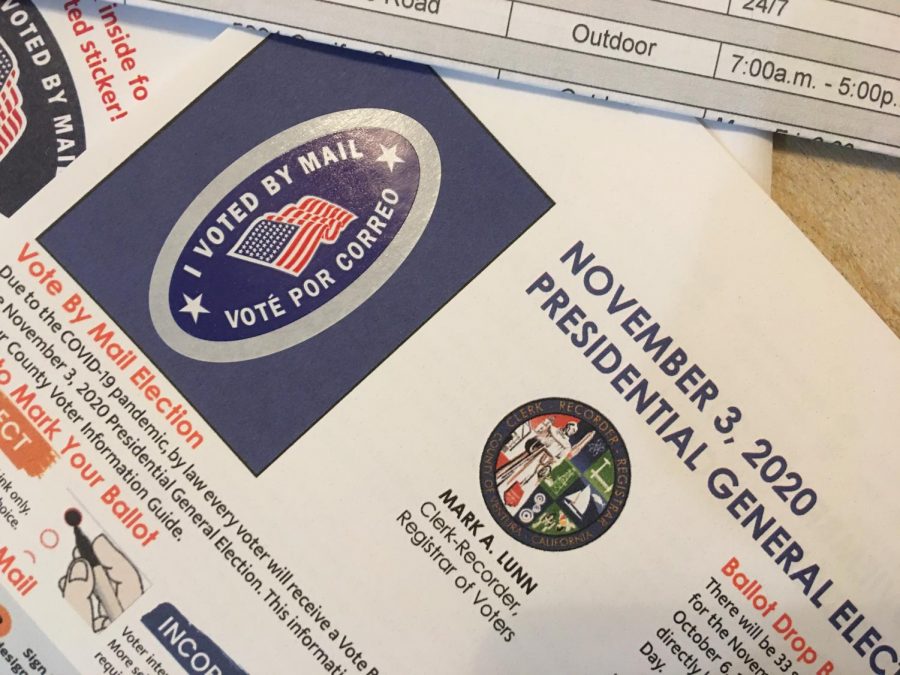 Vote by Mail ballots were mailed to every voter in California this week.

The 2020 election is less than a month away and Americans are worried.

The election, which some people are calling the most crucial election of our time, will be held by mail-in ballot. Reports have come in from states all across the country of voter fraud and mistakenly sent mail-in ballots.

The USPS warns that ballots may not be delivered in time to be counted in all but four states, specifically Rhode Island, New Mexico, Oregon, and Nevada.

Many of the “swing states,” or states that could go either way in the election, are included in the high-risk category for delayed ballot turn-in. These states include Florida, Michigan, and Pennsylvania.

The election will be held on a scale not seen in any previous U.S. presidential election.

The USPS recommends voters send in their ballot “before Election Day and at least one week prior to your state’s deadline.” Absentee ballots must be requested no later than 15 days prior to the election, and the sooner the better, according to the USPS website. You can check with your state or election office website to see when early voting will open.

Some instances of voter fraud come closer to home. My grandfather went in to vote in the 2008 election and was told he had already voted. Once a vote in your name has been received, it doesn’t matter if you can show I.D. or not. The first vote will only be rejected if it is proven to be fraudulent, which is often impossible. He was forced to fill out a provisional ballot, but it was likely never counted.

I am not alone in my concerns over mail-in voting. Many people have reported ballots sent to the wrong address or never receiving their ballot in the first place. In Virginia alone, over half a million ballots were mistakenly delivered in August 2020.