Masses Canceled Across the Country Amid Coronavirus Concerns 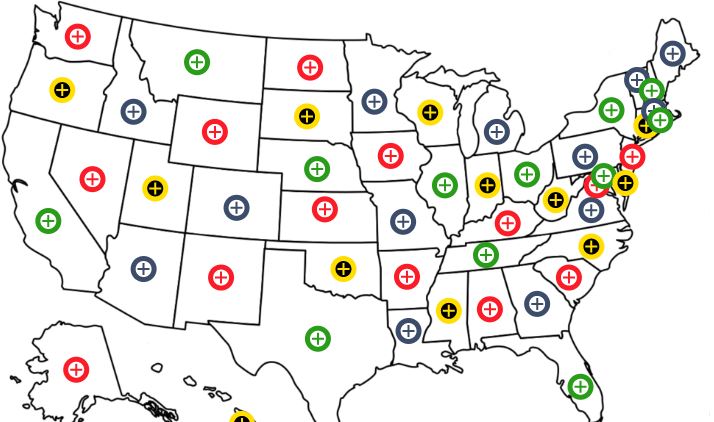 Interactive Infographic showing where Masses have been cancelled.

Click on any state to see whether Masses are canceled there, and look at the chart on the right to compare flu statistics with Coronavirus statistics. (Infographic by Armand Kinghorn)

Students in MODG News Production/Journalism class shared how Covid- 19 has impacted them and their life at home. After you read what they said, tell us how it has impacted you. You can fill out the form at the bottom of the page.

Dan: Bishop of the Diocese of Austin stopped Masses and confessions. Running track is shut down. Staying home.

Shalynne: Came back from visiting a college in Spain; was quarantined after coming back. Diocese of Rochester has canceled public Masses; I know a couple people home from college, including a seminarian from NYC.

Kaki: Closed churches in the Diocese of Charleston till April 1st; I know people home from college; acting, youth group was canceled.

Wyni: Masses canceled in the Los Angeles Archdiocese for at least next two weeks; all activities canceled (sports, dancing) while schools closed.

Katherine: Dad is teaching online; public Masses in the Diocese of Manchester suspended; all activities canceled, violin lessons on Skype; older brothers are home from college; they are taking online classes starting next week.

Garrett: Masses not canceled in the Archdiocese of Philadelphia, but dispensation is given if Mass is missed because of the virus; brother’s girlfriend is back from Norway; brother back from college.

Anne Marie: Masses canceled in the Diocese of Baton Rouge; sister home from college and is doing online classes; all public schools in Baton Rouge have a waiver for rest of semester; huge lines at stores.

Bob: Not in full panic mode; Masses shut down in the Diocese of Toledo; I am in two shows, one is shut down; getting more done; I think panic is overblown; sister at public school is doing classes at home.

Lauren: Archdiocese of Los Angeles canceled public Masses, but still adoration and confession; a bit of stocking up, lots of hand washing; friend Abby coming home from TAC, and the college is moving classes online; limited going to stores a bit.

Catherine: Going between two states, Oklahoma and Arkansas, both of the dioceses canceled public Masses; friends got married today and could only have 10 people at the wedding; dancing classes canceled; sister coming back for spring break, but then going back to college; same with brother; mom already has stores of food.

Rebecca: In Tulsa Diocese as well as Catherine; all public Masses canceled; still confession; have some stuff already stocked up; brother may end up coming home.