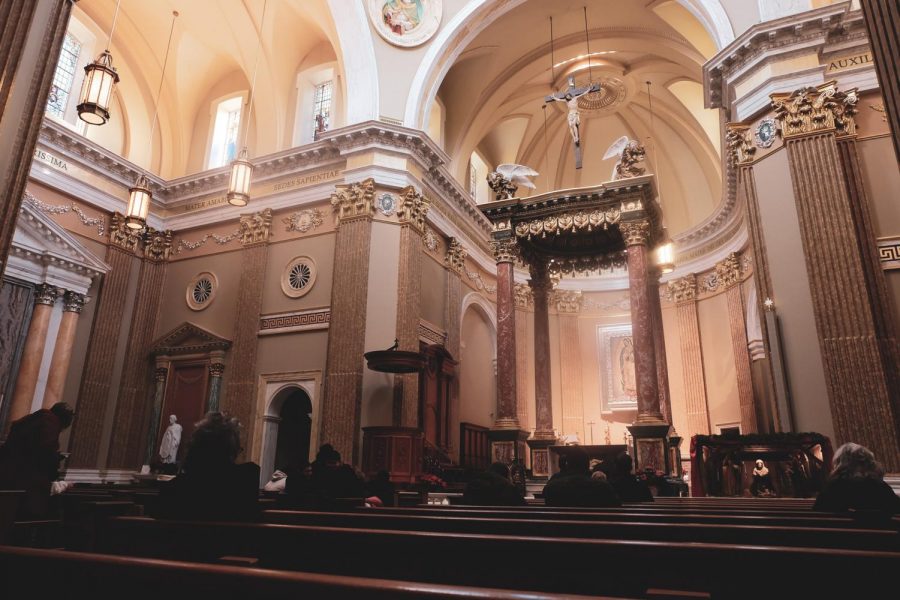 The Shrine of Our Lady of Guadalupe in La Crosse, Wisconsin. The Shrine is a notable pilgrimage site in the United States.

It would be hard to deny that there have been some changes for the worse in liturgical music in the Mass in the past 50 years.

There has been a decline of the solemn, sacred music that has been traditionally sung in the Church. In its place has arisen some rather less sublime songs, and while these songs may be easier to sing and their lyrics easier to remember, next to traditional hymns and chants the comparison feels something like that between Daffy Duck and Mother Teresa.

This is generally blamed on Vatican II, since most of these changes were made in its name.

It is certainly true that Vatican II didn’t want to exclude the lay people from participating in making liturgical music\; the document states, “Bishops and other pastors of souls must be at pains to ensure that, whenever the sacred action is to be celebrated with song, the whole body of the faithful may be able to contribute that active participation which is rightly theirs,” and “…providing also for the needs of small choirs and for the active participation of the entire assembly of the faithful…”

I do not think, however, that what Vatican II meant by this is that the faithful should bring their guitars, drum sets, and folk songs into Mass.

In fact, the document states that, “The Church acknowledges Gregorian chant as specially suited to the Roman liturgy: therefore, other things being equal, it should be given pride of place in liturgical services.”

While Vatican II does also encourage the faithful to write music that may be sung in Mass, it stresses, “Let them produce compositions which have the qualities proper to genuine sacred music.”

Vatican II has been much maligned because of the many things which have been changed in its name. Perhaps, however, in other areas besides liturgical music it has been twisted to mean what some people wanted it to mean, and if one were to actually read the document he would find Vatican II really intended something entirely different.