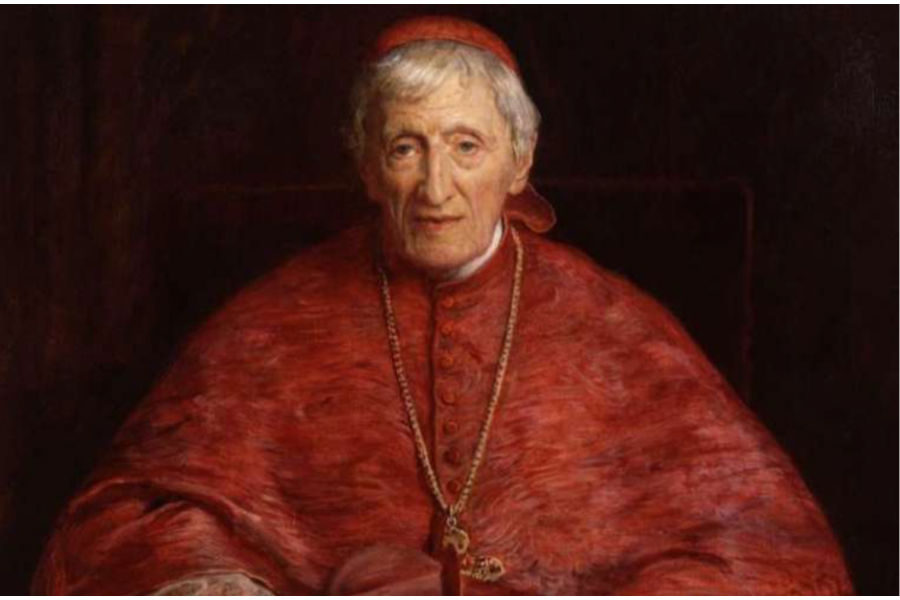 John Henry Newman was born in 1801 in London. He grew up in an Anglican family, and did not convert to Catholicism until 1845.
Newman went to school at Trinity College in London, and was deeply involved with the Anglican Church. During this time, he wrote many books, a few of them regarding religion.

It was not until Newman began researching more deeply the Catholic Church that he realized it was indeed the one, true Church established by God. Though it took him a few years to convert, in 1845, he became a Catholic. Shortly afterwards, in 1847, he was ordained a priest in Rome.

As a priest, he served as a chaplain at the Catholic University of Ireland, and continued his writing. In fact, Newman wrote over 40 books on Catholic doctrine, and is remembered as one of the greatest Catholic theologians.

Newman became a cardinal in 1879, and under this position his influence in the Church grew. He was a strong, wise, and devout leader, and was able to lead many people to the truth.

After his death in 1890, many Catholic student ministries on college campuses around the world began naming their programs after him, and most college campuses still have a “Newman Center,” which honors Cardinal Newman’s love of knowledge and of the Church.

May the Lord support us all the day long,
Till the shades lengthen and the evening comes,
and the busy world is hushed,
and the fever of life is over,
and our work is done.